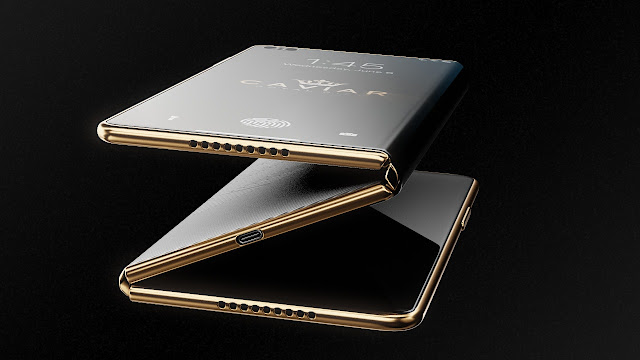 In the past couple of years, we have seen smartphone manufacturers try to push phone screens to the very end of our smartphones. Bezels at the top and bottom have been reduced to its barest minimum. In doing this the major challenges were the navigation at the bottom and the selfie camera at the top of the screen. While the navigation problem has been solved by making it on-screen or using the swipe navigation (like on the iPhone X and later models), the selfie camera still remains a problem. many have tried to solve this problem using small notches, tiny hole punch cameras,  pop up cameras and even flip cameras.
Because the small notch and tiny hole punch does not totally solve the problem and pop up cameras have durability concerns, the perfect solution to this problem seems to be an under-display camera. A camera that sits right under your screen but is not visible. Interestingly, Oppo already has plans for that, in fact, they have sent prototypes to various smartphone reviewers meaning the phone is almost ready.

Foldable phones are pretty cool, I personally love them. Foldable smartphones are still new but it opens a world of other possibilities on smartphones. In the last two years, we’ve had everything from flip phones to book phones to triple folding Rubik’s cube phones. Foldable smartphones present the possibility of having one device which can be used both as a regular smartphone and a tablet. It takes multitasking to a whole new level, you can comfortably run up to three apps on your device without any hassle. It also solves portability problems, as you can easily carry a tablet-like device in your pocket.

Just like Foldables, this is really a great piece of tech. But this kinda solves all the problems of the current foldables. Once again Oppo are the ones in the frontline of this technology.  Oppo announced the Oppo X 2021 as one of its concept smartphones for 2021. In fact, it is already in the hands of many reviewers.
This is really astounding because you can still have something that feels like a normal phone when it’s folded up instead of the double layers present on current foldables. Plus, because there’s no folding involved, it eliminates the problem of the crease present on almost every foldable phone to date. It also saves a bit of cost since your device has a single screen only, instead of two separate screens. 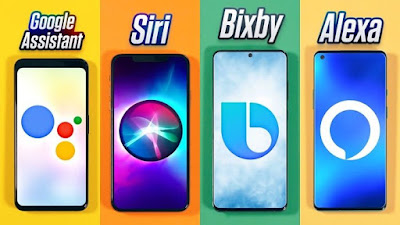 You would have most likely heard of at least one of them; Google Assistant, or Amazon Alexa, or Apple Siri, or Bixby. All these assistants are small but very useful aspects of our smartphones. We can now communicate with our smartphones without touching it, using voice commands only. How incredible! They have successfully made smartphones more fun and easy to use, and in my opinion, is the beginning of numerous possibilities of the virtual world.

You might have heard of this one, it is no other than the LG Wing that was released earlier this year in September. This is also a fun device just like the foldables but even better. Credit must be given to LG for this awesome piece of tech. When everyone was focus on the foldable smartphones and what could become of it, LG came up with this awesome idea. This phone is the first of its kind and it makes multitasking fun and the whole user experience much more enjoyable.

Depth sensors are a form of three-dimensional (3D) range finder that gives our camera extra information to help with image processing. Depth sensors help to detect image subjects when taking portrait mode photos.
The Lidar scanner is a new smartphone feature which is present of the newly launched iPhone twelves. It is similar to the depth sensor but is even more advanced. It works by firing out infrared rays t detect objects in the environment. This is very useful cause it helps the camera to detect objects in night mode shots, and it is very useful for many apps that make use of Augmented Reality(AR). The Lidar scanner opens the doorway to many possibilities of AR tech.

It is very easy to overlook how powerful smartphone batteries have become because of the incredible tasks our phones perform. Twenty years back, when the Nokia 3310 was launched in September 2020, everyone cherished its battery performance. Even till now people still speak about its awesome battery, but many forget that it had incredibly fewer tasks to perform compared to current smartphones. The battery on the Nokia 3310 was only a 900mAh battery. Considering its size at the time, you would agree with me that making phones with four times or even five times the battery size while maintaining a reasonable is a great innovation. However, if you feel your smartphone battery doesn’t last you long enough, here are ten tips you can employ to maintain your battery’s capacity. Discovery of materials like Lithium, Manganese and Graphite have increased the efficiency of batteries and have revolutionized smartphone batteries.

Since the inception of touch-screen smartphones, durability has been a major concern. In the past, a smartphone will be visibly old after using it for a couple of months because of the scratches it will develop over time. However, this problem has been solved over the years with increased durability of smartphones, thanks to better Gorilla Glass on phones. 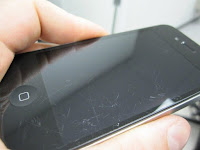 If you watch drop tests of recent smartphones like the Samsung Galaxy Note 20 Ultra or the iPhone 12 Pro Max, you will notice that these devices have insane levels of durability. 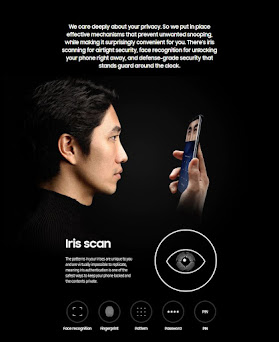 The security of our smartphones and our privacy is a big issue. Smartphone companies put these into consideration, and they keep making ways to aid this security, making it as easy and as fast as possible to unlock your smartphone while maintaining its security at the same time. Therefore smartphone manufacturers have come up with ways to replace the regular PIN, pattern or password security; these ways include Fingerprint unlock, Face recognition and Iris scanner. Many people would have probably heard of the first two and not the latter. Iris scanner is an amazing unlock feature that has been around since the release of the Galaxy S8 and S8+. Although many did not recognize its usefulness then, many now find it very useful because Apple ditched the fingerprint sensor after the iPhone 8, relying on facial recognition. But in the middle of a pandemic where you’ll be wearing a mask most of the time, it means you need to either take off your mask for facial recognition or just us the regular PIN or password. However, the Iris scanner isn’t faced with any of these challenges and works just as fine as face recognition. 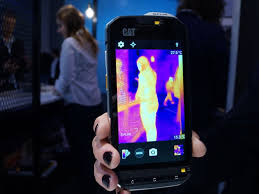 according to its creators is the world’s first smartphone with a built-in thermo-vision camera. This camera can be used to detect infrared rays meaning it can detect heat leakage in rooms, overheating areas of electrical wiring measure the temperature of various objects and even see in the dark and through smoke. Because our bodies emit heat/infrared radiation this camera can also be useful for night vision, meaning it can detect people standing nearby even in total darkness. The thermal vision camera has a range of up to a hundred feet and can take photos and video. Although this might not be useful for an everyday user, it is an amazing feature, especially for an Engineer.
If you found this article helpful, do well to share it with someone also!