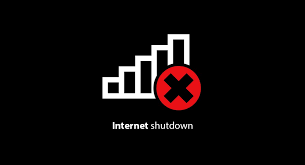 Tensions keep growing in Nigeria amidst the #EndSARS protests which have been going on for about twelve days now. With ongoing protests around the nation, there have been rumours of an internet shutdown by the government.

Although the idea of the government shutting down the internet might sound ridiculous, it is not far fetched following the drastic steps the Nigerian government has taken lately, like the Lekki shooting experience, carried out by military personnel on peaceful #EndSARS protesters; and also considering the fact that all Internet Service providers are regulated by NCC.

Internet shutdown is not a new concept, it has occurred in some places around Africa and Asia. In 2019 alone, 213 internet shutdowns were documented in various countries around the world and it is not a pleasant experience, it is like being cut off from the whole world.

There are two ways the government can go about an internet shut down:

In this case, the government could instruct internet service providers (ISP) to restrict traffic to various sites. This is a similar technique employed by corporate offices to restrict their connections from various sites. The most commonly affected platforms of a partial shutdown are social media sites. This service is only able to work because devices connect to the internet through their IP address which is can tell you approximate location.

You can find your way around this by making use of:

This happens when the government directs the ISPs in the country to shut down the internet, thereby rendering internet-dependent services inaccessible. This is normally used as a last resort in dictator-led governments to control the flow of information. VPNs will not work in an event of a total shutdown.

You can find your way around a total shutdown by using:

Message to all #Nigerians and #EndSARS #Protesters: Download Bridgefy. It allows you to send messages to people around you. This is an alternative if the government decides to shut down the internet. It is available for both IOS and Android devices.