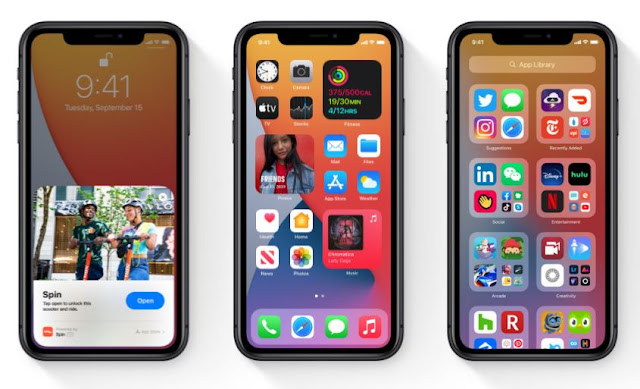 On September 16th 2020 Apple launched iOS 14, the fourteenth major release of the iOS mobile operating system which is available for Apple’s mobile. iOS 14 is Apple’s most revolutionary change to iOS. In My opinion iOS 14 seems to attack the core strengths and features of Android – Customization. 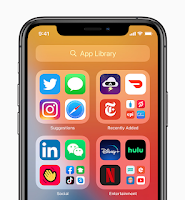 One of the biggest new features it brings is the ability to customize your Home screen. There is the new App library, which appears at the far right end of all your home screens. It is a collection of all your apps which are automatically organized into different categories, like utilities, social, creativity, and so on. We’ve seen a lot of memes in the past of how apps of ios take up space on your home screen even if you do not use them. On iOS 14 you can hide an entire Homepage. So if you have a bunch of apps you don’t use often, you can simply put all on a single Homepage and hide that page.
Although Android users have had these features for a very long time, it’s now finally here on iOS.

Finally! Apple users can now have widgets like Android users. I personally have loved android for widgets functionality, because I can simply perform tasks for an app without having to open the app. After all, it is these little features that make the user experience smooth and enjoyable. So this means you can simply view weather details without opening the weather app, you can view Top stories on the news app without having to open it.

It seems to me like Apple really went through all the iOS jokes by Android users and said: “We are going to fix all of it”. On older iOS versions, some actions take up the entire Homescreen and prevent you from doing anything else. For example, if someone calls you and you don’t want to answer or reject it, you just want to let it ring. You have to wait the whole time until it is done ringing before you can continue what you were doing. On iOS 14, actions like calls, only take up a simple banner space at the top of your screen, and you can continue what you were doing on your phone while a call rings or you can simply hide the call right away without having to answer or reject it. This new feature goes beyond calls. Even in a Face Time call or while watching a video in fullscreen, you can swipe up to take you to the home screen and you can then open other apps while your video keeps playing. This is indeed a huge update, imagine having to take a note or write a phone number while watching a video or while in a video call, iOS 14 makes this super easy.

Still on customization, iOS 14 now lets you change your default browser and email apps. Some
complaints about iOS have been that it doesn’t give you the freedom and it forces you to use some app as a means of locking you in the “Apple Ecosystem”. So if you are not a fan of Safari or the default mail app you can use whatever alternative you choose. Another very useful feature is the customizable double tap and triple tap function. Under the accessibility settings, you can set your iPhone to open apps or perform various functions when you double-tap or triple-tap the back of your phone, depending on which you set it to. For example, you can set your phone to take a screenshot when you double-tap the back of your phone, and it does it, simple and easy! 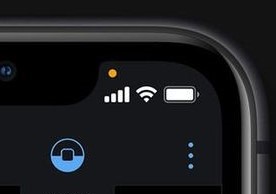 iOS 14 has other small but very useful features that make the user experience fun and easy. Other iOS 14 features include the search emoji ability (which has been available on Android and WhatsApp); a new privacy setting that displays a green light or orange light on your notification bar when an app is using your camera or microphone respectively.

All the devices that supported iOS 13 also support iOS 14. The iPhone 6S, the iPhone 6S Plus and the first-generation iPhone SE are the oldest iPhone models that support iOS 14. Overall, iOS 14 is great and I love it. It has a feature which Google use to boast about, and they are also a couple of features I think google should copy and plug into Android (like the double/triple tap function). We hope to see more innovations like this in the tech industry.