What is an eSIM and how does it Work? 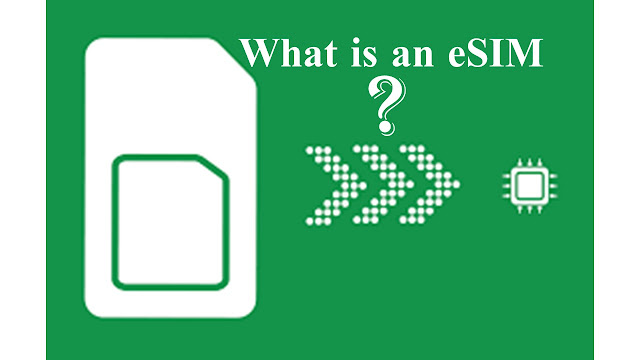 SIM cards, Subscriber Identification Module in full, is that small chip you have to put in your phone which identifies you as a subscriber of a network and enables you to make phone calls and send messages among other things. SIM cards have evolved from huge full credit card size SIMs (85.60 by 53.98 millimetres) in 1991.
5 years later in 1996, we got the Mini-SIM aka the regular SIM which we had with our bulky Nokia 3310 back in the day, they were usually cut from that big credit card sized
card and this became the standard SIM at the time.
2003 saw the introduction of the Micro-SIM. Same thickness as the normal standard sim but much smaller in footprint. It wasn’t widely adopted until 2010. This was around the iPhone 4 era which in fact was the first smartphone to use a micro-SIM.
2 Years later in 2012, the nano-SIM was introduced on the 11th of October in 2012. It was a little bit less as thick and it was so small it was almost just the chip.
In 2016, the eSIM or embedded sim was announced. It’s just a chip embedded directly inside of your smartphone right from the manufacturing process. It doesn’t require any physical card and you can add or remove operators at will. The eSIM is a substitute for an actual physical plastic SIM card.
If your smartphone supports it, you’ll only need to just add your SIM profile to your phone and it’s the same as having a normal sim just no card.
The main differences between the eSIM and the normal SIM card is that you don’t have a physical sim to worry about, it only a reprogrammable logical profile on your smartphone. A regular SIM card holds one profile for the customer but an eSIM enables multiple profiles for the customer which is a better advantage. Also, there’s the fact that technology is evolving and now with an eSIM, you have our SIM profile on things like smartwatches, cars, your computer it’s just better and in fact, with the same eSIM profile, you can enable it to work on multiple devices, this is not the same for a regular plastic physical SIM. The reason brands went with micro and then nano is to save space and it is the same reason why we are no longer seeing the headphone jack in new releases. In the world of tech maximizing space is so important. Apple has even done away with the fingerprint scanners to maximize space. The nano-SIM helps to save some space as it is about 27.72% of the nano-SIM and considering that it does not need a tray or an assembly the ejector spring, it’s just more efficient.

The eSIM offers convenience as switching from one carrier to another is as easy as downloading the
carrier’s app and buying a monthly plan, rather than having to go to a showroom to get a SIM card.
To set up your SIM all you need to do is to download a carrier’s app or scan a QR code that they give you.
Although the eSIM is not yet available everywhere, like every other new innovation it is gradually replacing the conventional physical SIM cards, and both phone manufacturers and network carriers are buying into the idea,