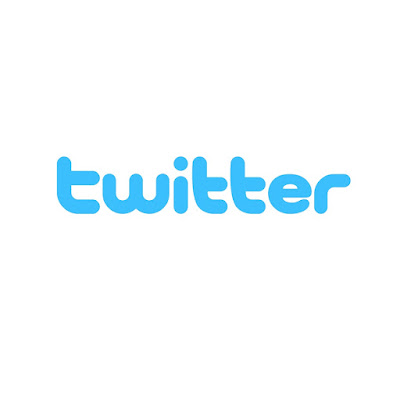 On Wednesday 15th July, the popular social media platform Twitter was the victim of one of the worst bitcoin scams in recorded history. The attacks which affected 130 verified accounts made off with about $121,000 from 400 payments according to the network.
The cyberattacks which began around 8 pm G.M.T, saw the hackers only go for verified accounts the likes of Elon Musk, Bill Gates, Jeff Bezos, Apple, and more. We first noticed the post around 8:48 G.M.T when there was a post from Bill Gates reading:
“Everyone is asking me to give back, and now is the time. I am doubling all payments sent to my BTC address for the next 30 minutes. You send $1,000 I send you back $2,000”. 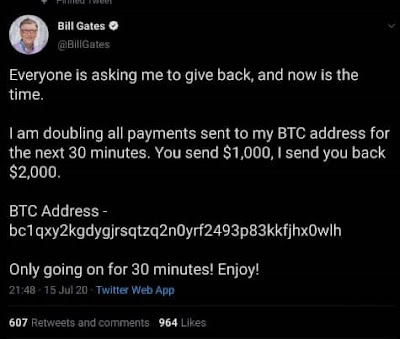 Tweets with similar wording appeared on the Tesla C.E.O’s page but were later removed in favour of another post with better grammar. 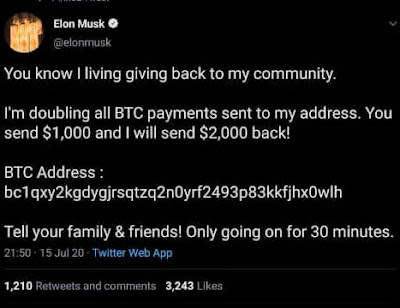 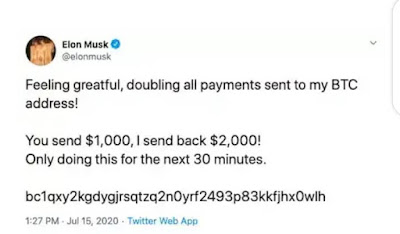 In general, the posts were what you’ll expect to see from a scam email or text. The hackers who used social engineering to get the passwords of some Twitter admins, effectively giving them access to the platform’s advanced features. The attacks which lasted for around 5 hours saw some verified users unable to tweet, as twitter was trying to rectify the issue.
Many security experts have said that the attacks on Wednesday night could have been far worse than it was if the hackers had been a more organized group.  An ex-Facebook security chief going as far as comparing them to unruly teenagers.
“These attackers were the equivalent of stealing a McLaren F1, taking it for a joyride and then crashing it into a telephone pole 4 minutes later,” Alex Stamos, former chief security officer of Facebook, told CNBC’s “Squawk Box” on Thursday.
The FBI has begun investigations into the cyberattack and Twitter, with a statement on Thursday saying that they have been able to track the bitcoin transfers and are at present waiting for the hackers to make their next move. One thing everyone agrees on is that this could have been worse, but thankfully it wasn’t.