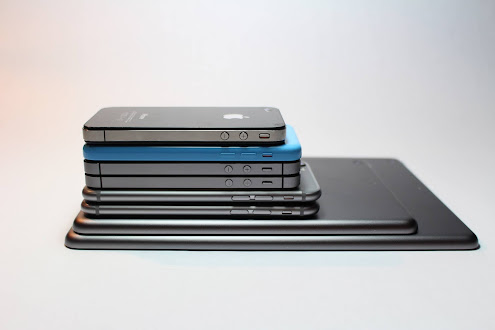 Since the release of the iPhone X one of the most common questions I see in the tech community is “Why did Apple skip the iPhone 9”.Here’s why.
First, you must understand that Apple is a very interesting company paying so much attention to detail and customer satisfaction, with great marketing strategies. You know about the iPhone X, and though we call it “X”, Apple actually intended it to be pronounced as the roman “10” rather than the letter of the alphabet. And this confusion is so much similar to when Apple was moving from Mac OS 9 to Mac OS 10, they also used
the roman numeral ten in promotional materials, which led to most people calling it Mac OS X. The iPhone X was strange to many since it was something Apple had never done in the iPhone’s history – naming an iPhone with a letter. So it is easy to conclude that the X symbol is pronounced “ex” rather than ten since there was no iPhone 9.
Apple was fully aware that the “ten” might be pronounced “x” but they decided to break out from their traditional naming strategy. The reason is that Apple prioritizes appealing marketing over analytical reasoning. We see this in products such as Apple TV. Apple pencil and the iPod. We know that the Apple TV is not an actual television but a small box that connects to your TV, the Apple Pencil is a stylus rather than a pencil, and music players were not called pods before the iPod, but Apple chooses these things because they sound cool and have the potential of being more appealing to consumers. By understanding that approach Apple takes to naming their products, it helps us understand why Apple was so eager to call their 2017 smartphone the iPhone 10 and skipping the number 9 completely. There was a significance to the 2017 iPhone release that no other model ever had.
Even though Apple went from the iPhone 8 to the iPhone 10, and then 11, people still expected them to use the name iPhone 9 at some point. Which is why rumours of an iPhone 9 model circulated regularly near the end of 2019 and the beginning of 2020. Many people thought the new iPhone SE would be the “9”. But this also will not work to Apple’s favour. As I stated earlier, Apple doesn’t restrict themselves. They value consumer impressions to logical conclusions. They care much more about effective and appealing marketing since that’s what sells products. Calling their new $400 budget smartphone the iPhone SE actually seems better to me than iPhone 9. because it suggests that the model was released between the iPhone 8 and 10, which would seem awkward as it was released after the iPhone11. Also,
Apple uses numbers for their more premium iPhone models. But the SE isn’t a premium device, it’s a budget model intended to appeal to a completely different market than the iPhone 8, 10, or 11. For many thinking there should have been an iPhone 9, it will interest you to know that 9 was not the first iPhone that Apple skipped. In  2007, Apple released the original iPhone, and then the iPhone 3G, 3GS, and 4. There was never an iPhone 2, and technically there was never an iPhone 3 either since the 3G name came from the device being enabled to run on carrier’s faster 3G networks. Apple did not adopt sequential numeric names for the iPhone until the iPhone4, so after all the number sequence is not a big deal.